A snowball rolling down a mountainside may or may not turn into an avalanche.

At the end of last year, electric vehicles sold in Canada amounted to just about two percent of total automobile sales.

Still, the electrification of auto industry might be gaining more inertia than many have originally foreseen, enabling Ottawa to predict that by end of 2040, all new automobiles sold in Canada would be categorized as electric vehicles.

A lot could change in twenty years, of course, but for now overwhelming percentage of consumers hesitate to buy vehicles motivated by batteries alone. Compared to internal-combustion cars, battery-electric vehicles (BEV) still fall way short in range and take ‘forever’ to refuel. 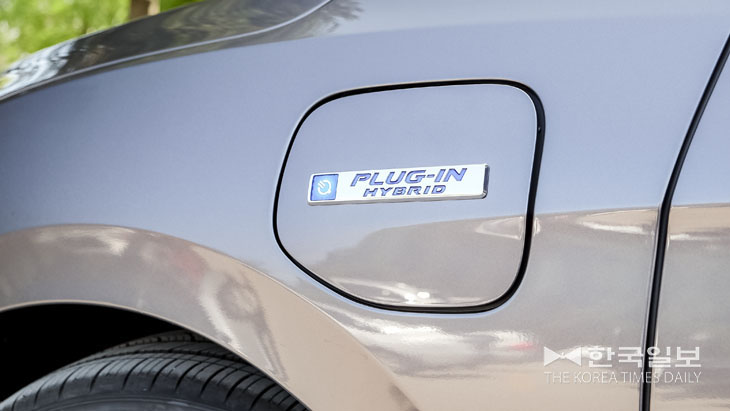 A nice compromise is plugged-in hybrid electric vehicles (PHEV), which provide good taste of both worlds. With more battery capacity, PHEVs have better electric-only range than ‘regular’ hybrids. And of course, conventional engine in a PHEV eliminates that unique psychological ailment suffered by many BEV owners, commonly known as ‘range anxiety.’

Furthermore, the federal government provides up to 5,000 dollars of subsidy to consumers who purchase BEVs or PHEVs. BC and Quebec provincial governments also kick in with their own subsidies, but Ontario has cancelled its program last year. Ontario still allows a vehicle with green plate (BEV or PHEV) to go on HOV lanes even if the driver is only person in it.

Among the growing number of PHEVs in the market, Honda Clarity attracts attention with distinct – if somewhat polarizing – exterior styling and the electric-only range of up to 76 kilometres.

The Clarity’s 1.5 litre four-cylinder Atkinson-cycled engine teams up with a 17 kWh electric motor to generate combined maximum 212 horsepower and about 232 lb-ft of torque. Delivering this power to the front wheels is a continuously variable transmission. At least in the test-vehicle provided to this writer, this e-CVT performs with admirable transparency. 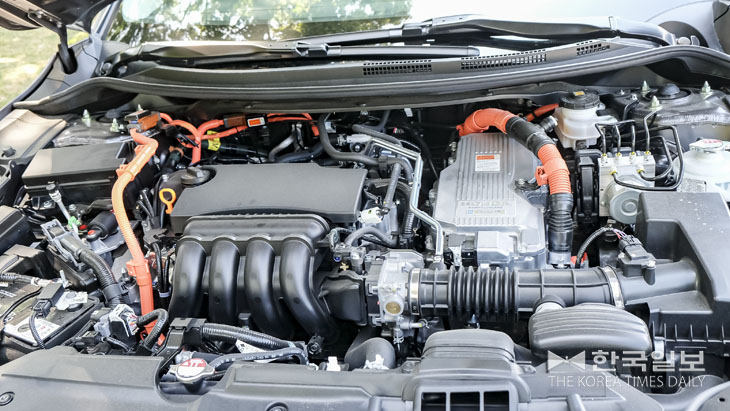 Most internal-combustion engines generate maximum torque from somewhere around 1,500~2,000 rpms. On the other hand, electric motors provide maximum twist instantly. Thanks to such characteristic, the Clarity gets surprisingly quick off the line. And for a mid-size sedan, its handling ain’t too shabby, either. More communicative steering would have made this car a little more enjoyable to drive.

Similar to other PHEV and BEVs, the Clarity also has regenerative braking and the instrument panel shows how much charging is provided every time the brake pedal is depressed. One nice thing about the Clarity’s brake pedal is that it does not feel as grabby as many similar systems.

With the dedicated 240v charger, it takes about 2.5 hours to fully recharge the Clarity’s batteries. With the conventional household circuit, plan for at least 12 hours.

However, with fully charged batteries, the Clarity can travel up to 76 kms. That means if you use this car mainly to go from home to work and back within the city, you may never have to visit a gas station. 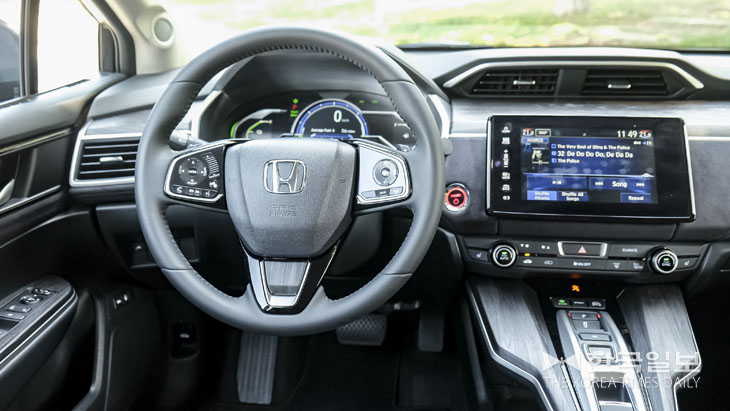 As mentioned already, the Clarity may not score high on the styling department. The designers shaping this car may have put more emphasis on aerodynamics than visual beauty. Still, this writer’s better half thinks the car is handsome enough and that underscores once again that ‘beauty is in the eye of a beholder.’

The car’s interior design generates less controversy. In fact, those familiar with Honda automobiles would feel right at home. However, those who expect power seats and sunroof as standard equipments would be disappointed to find that Clarity does not provide either.

The infotainment also happens to be the familiar Honda system, but little dated. Honda eliminated the volume knob some years ago, but is bringing it back again after long and loud complaints from the customers. The Clarity still lacks this simple knob. On the other hand, the system supports both Apple Carplay and Android Auto. 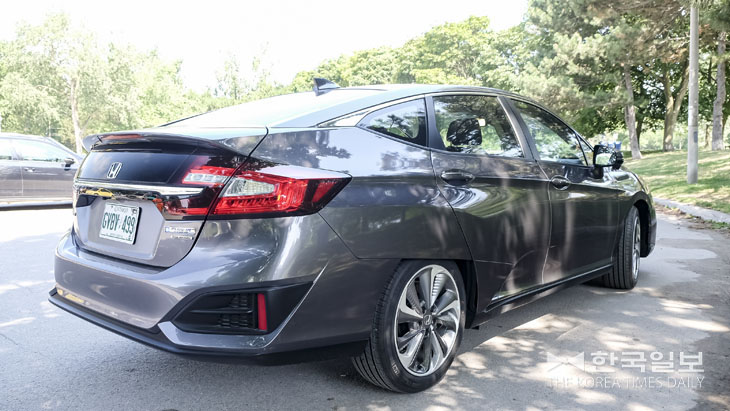 Push the ignition button and the car comes to life without any vibration from the engine. However, the small four-cylinder engine makes itself known – albeit softly – whenever it kicks in to support the electric motor.

The Clarity also comes with many safety systems shared with other Honda models including the LaneWatch, which shows the car’s right rear-view whenever the right-turn signal is activated. The Honda Link notifies authorities when the car gets in a serious accident or other emergencies, even if the driver is unable to physically activate it.

Seats are comfortable and the Clarity’s interior is quite roomy. But the batteries have to be stowed somewhere and so the space behind the rear seats is limited.

As expected, the fuel economy is excellent. The Clarity is officially good for 5.3 litres per 100km in city and 5.9 litres on highway. For the week of moderate driving, this writer saw about 3.5 litres on the average. (James Park is a member of the Automobile Journalists Association of Canada.) 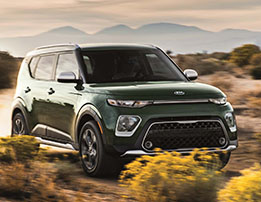 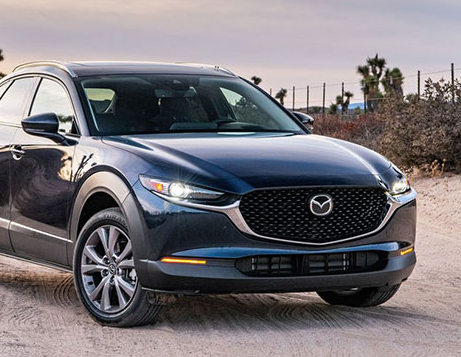 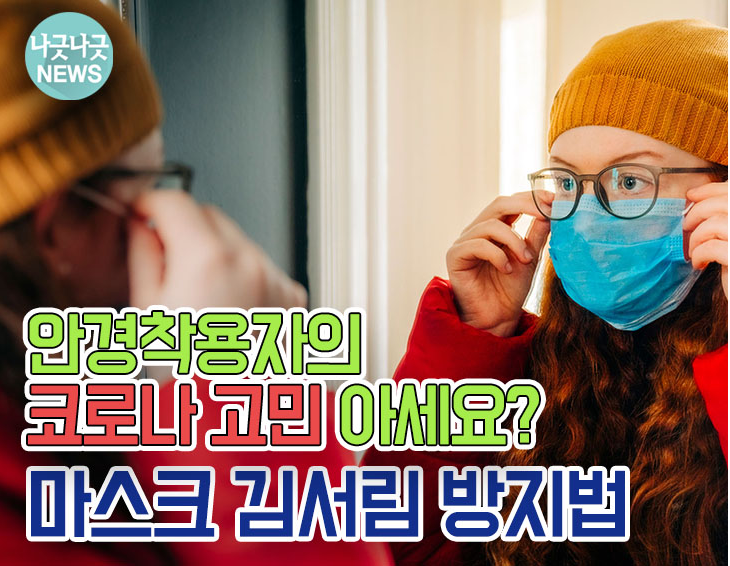 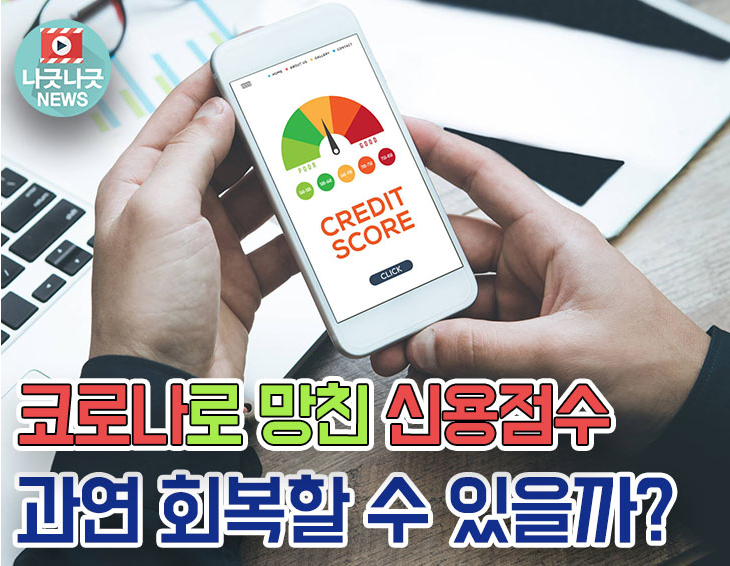